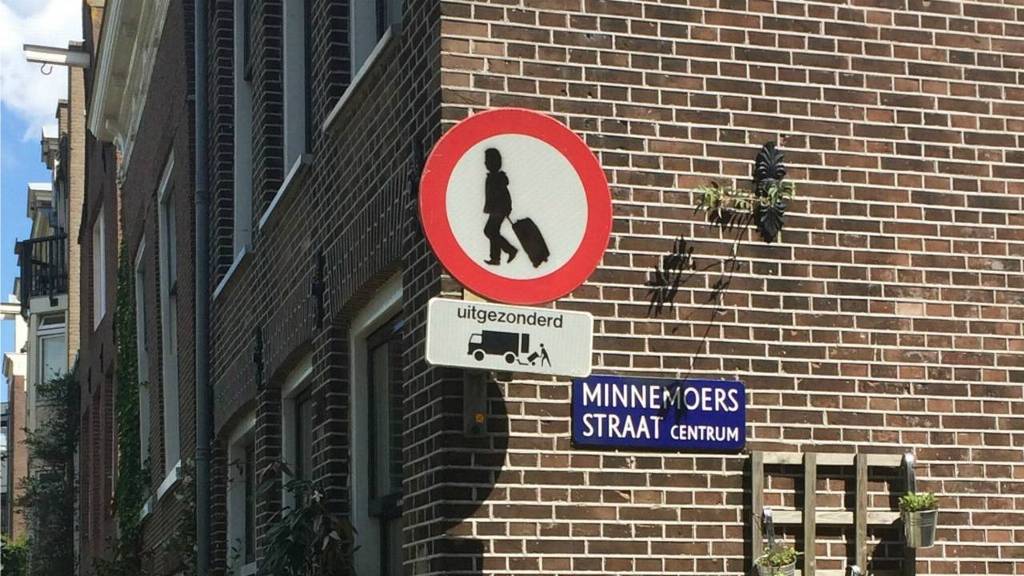 Previous blogs discussed what is enforced when it comes to B&B’s.

But what if you don’t want to start a B&B, but only want to rent out your house when you are on holiday? Through Airbnb, for example.

It is okay, if you follow two rules: no more than 60 days a year, and no more than 4 people can stay in your place. Is everyone following these rules? Definitely not. A 6-person quick-scan on the Airbnb website gives you more than enough choices of apartments/homes to choose from. Which is not allowed, because the maximum is 4 people. The City of Amsterdam wants Airbnb to make it impossible for a house to be rented out if they do not follow to the rules, so it is no longer possible to book for more than four people per house. The municipality also insists on compliance with the 60-day rule. So the municipality wants the website to automatically block a house as soon as it has been rented out for more than 60 days. In addition, the local authority wants Airbnb to provide the host’s address information to the local authority for more targeted monitoring. To date, Airbnb has no plans to provide that information, and Amsterdam is threatening to ban the platform in response.[1] The two parties are still discussing this. The municipality wants this data so that fewer violations are committed, making it easier for the municipality to track down offenders, and thus reducing the risk of nuisance from tourists.

How will this be enforced?

Detecting illegal activities is done in a number of ways: through reporting of neighbours or police, previous violations, mystery guests, and ‘scraping’ (by means of a computer program collecting data from a website)[2].  Sometimes this is done in an area-specific way: for example, if a neighbourhood receives a relatively large number of reports from the police and local residents, the entire neighbourhood is examined. Sometimes also in response to a report from a resident. Reporting by local residents is promoted from the municipality; a Summer Hotline was active last summer, and an online hotline Searchlight is still available.[3]

The municipality acknowledges that they do not have enough capacity to respond on all accusations from local residents, but promises to keep the reporters informed. The city centre, for example, has a total of 2.75 FTEs available for detecting and dealing with so-called illegal hotels, plus a couple indirectly from the Fire Safety department. [4]

Who is the offender?

A remarkable case has recently been heard by the District Court of Amsterdam. Father owns the floor on the ground floor, and used it as a pied-à-terre, so he is registered with another municipality. Daughter lives in the apartment above, and owns 1/100th of the pied-à-terre. Father is three to four days a week on the ground floor, the other days he rents it out to tourists. He arranges the Airbnb reservations, cleaning, and receives the rentals. Daughter receives the tourists and her number is given to them for questions; she receives no compensation for this. Unfortunately, this is not legal. It’s not allowed to rent a second home to tourists during periods when you’re not there. It is only allowed to keep a second home in Amsterdam if the second home is used by the tenant/owner him/herself, so you are never allowed to rent a second home to tourists in Amsterdam. On top of that, they rent out more than 60 days a year. The municipality therefore sees this as a withdrawal of the house from the housing market, for which they did not have a permit, and therefore a violation of the Housing Act and the Regional Housing Ordinance. Father will therefore receive the full fine of €12000. Daughter in the first instance as well. The Court ruled that this is not proportional; although she is complicit in the violation, she helps, but receives no compensation. The District Court is also of the opinion that if father had not rented the apartment, it would not have been plausible that she had committed the offence. She therefore received a reduced fine of €3000.[5]

Recently it has also been possible for the municipality to enforce the same rules in houseboats, but this was not possible because houseboats were subject to other laws and regulations.[6]

Airbnb at rental property and HOA

For rental properties, it may be that the contract states whether (sub) letting is allowed, or that permission must first be requested from the landlord. In some cases the landlord even has the right to dissolve the rental contract and to vacate the property.[7]

If the property belongs to an HOA, it may be regulated whether or not renting through Airbnb is allowed, or permission must be requested first. Sometimes, however, this is a gray area and short rentals are not explicitly prohibited, as this is a relatively new phenomenon. For additional information on this topic, read on in this blog.